Candidate sentiment rose to the highest level recorded in the past year, increasing for the second month in a row to 3.8. The August index reported a big increase in the volume of applicants per role this month, jumping 20 percent since July and 112 percent since June.

After months of in-person roles overpowering hybrid and remote positions, hybrid roles took over the number one spot. Although they are the most common type of position recruiters are working on, the split between in-person, remote, and hybrid is fairly even. 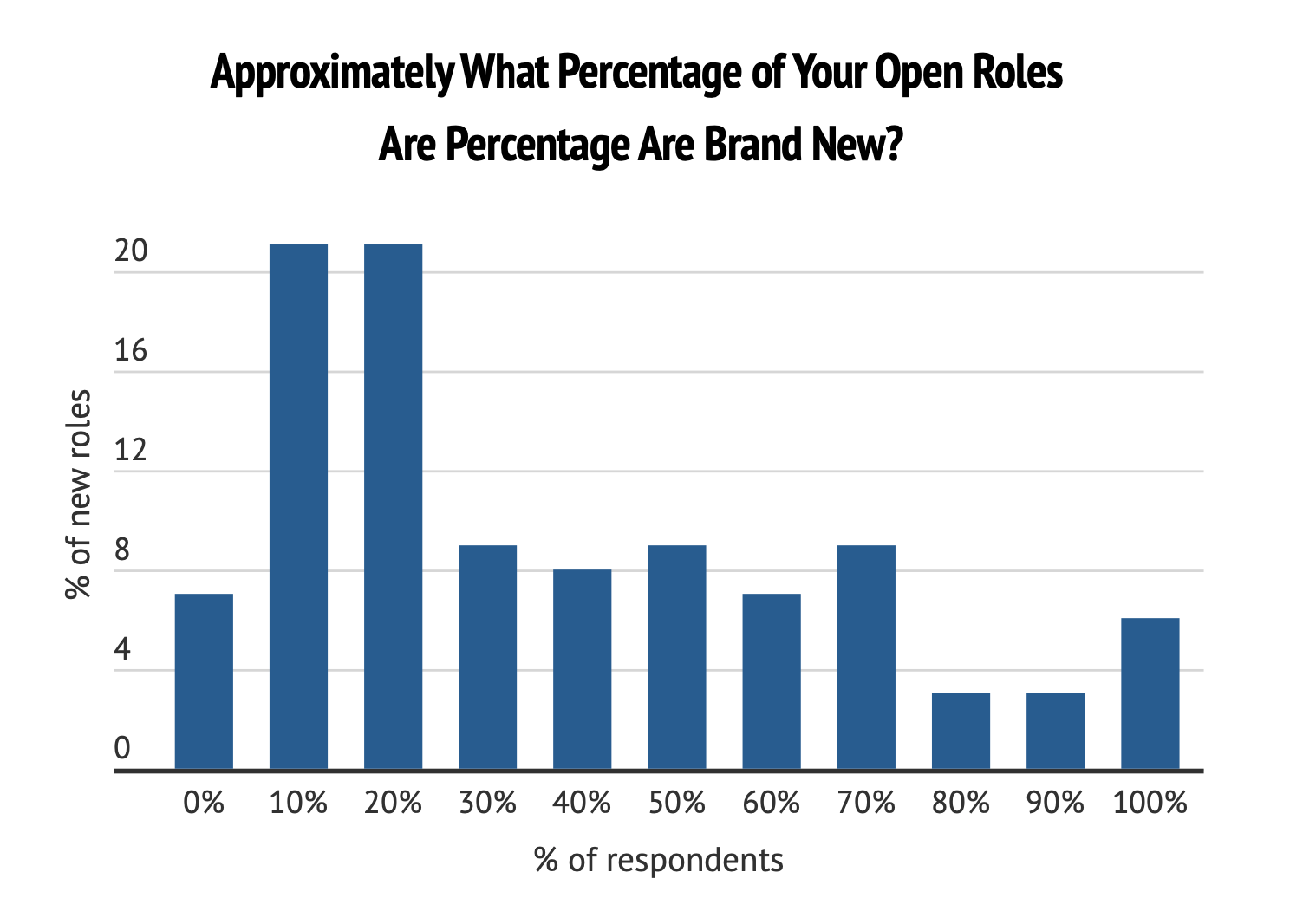 The August Recruiter Index showed that of the candidates recruiters are talking with 30 percent reported that half to 75 are currently employed. While keeping the job hopper economy in mind, 47 percent of prospective candidates have had two jobs over the past two years.

Half of the recruiters surveyed reported salaries increasing this month, holding steady since July. In terms of specific salary ranges, we saw increases in the ranges $40K-$80K (+9 percentage points) and $100K-$150K (+2 percentage points).

We asked recruiters across all verticals to identify the top three industries where demand for talent was highest in August.

Architecture / Engineering increased to the number one spot this month with 35 percent of recruiters naming it the most in demand industry.

After a massive drop last month IT / Software Engineering bounced back up to the number two spot followed by automotive and recruiting / staffing.